Why Children Need Their Own Operating Rooms

Smile Train and KidsOR are teaming up to make pediatric surgery safer and more accessible in Tanzania's Lake Zone.

At Bugando Medical Centre (BMC), a Smile Train partner in Mwanza, Tanzania, the waiting room is always bustling, and this Wednesday was no exception. 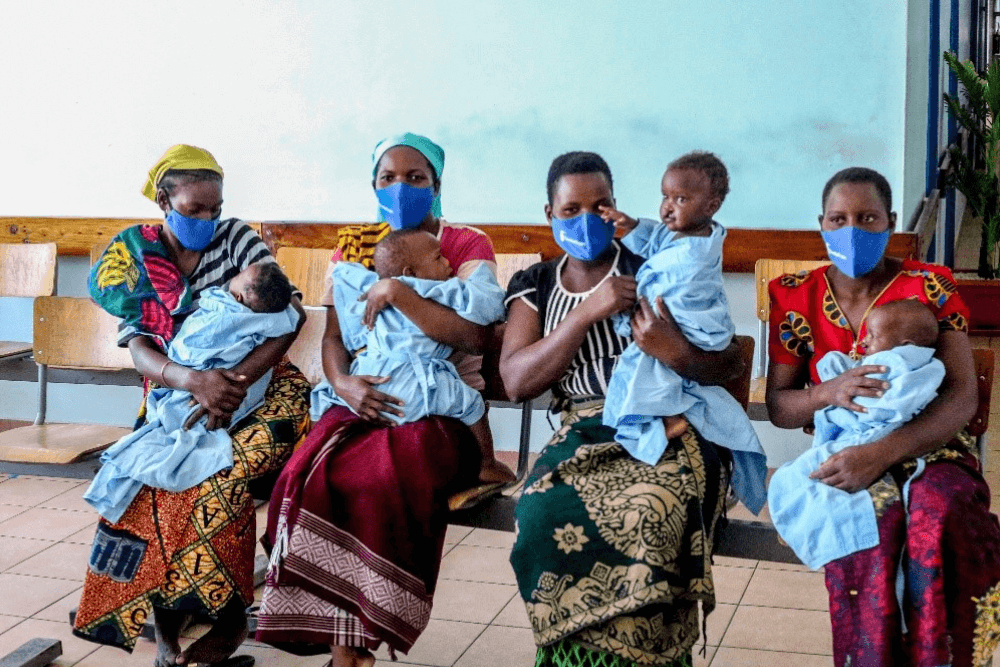 For the families and children awaiting surgery, like Shukuru and his mother, however, this was anything but a normal day. Today, Shukuru is receiving a historic cleft surgery. He will be among the first to receive surgery in BMC's newly renovated pediatric operating room supported by Smile Train and Kids Operating Room (KidsOR). 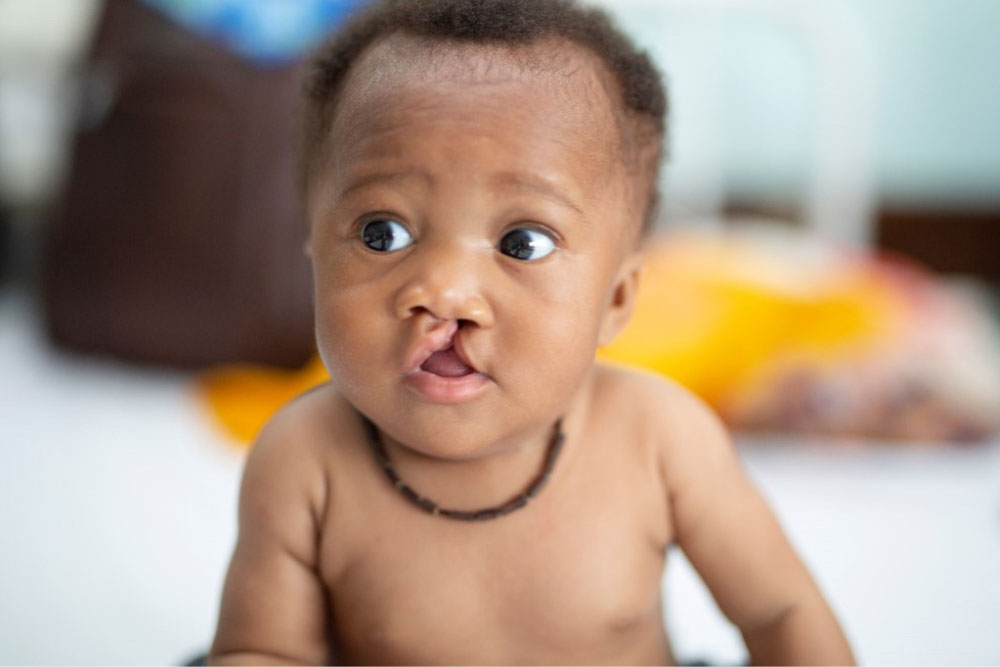 At BMC, a dedicated pediatric operating room had been sorely needed. BMC serves the more than 14 million inhabitants of Tanzania’s Lake Zone, which lies along the shores of Lake Victoria. While it has more than 1,000 beds and 1,300 staff to care for the families who come through its doors seeking care, it has, until now, lacked an operating room reserved exclusively for children’s surgery.

This isn’t uncommon. A staggering two-thirds of the world’s children, primarily in low- and middle-income countries, are unable to receive safe, affordable surgical care. And lack of infrastructure, including resources like pediatric operating rooms, is one of the major reasons why. Without a pediatric operating room, children often cannot receive surgery at the optimal time — and for so many surgeries, including cleft surgery, timing is everything.

Because there was no pediatric operating room, “there were so many children on a waiting list to be operated on throughout the year,” said Dr. Fabian Massaga, Acting Director General of BMC. 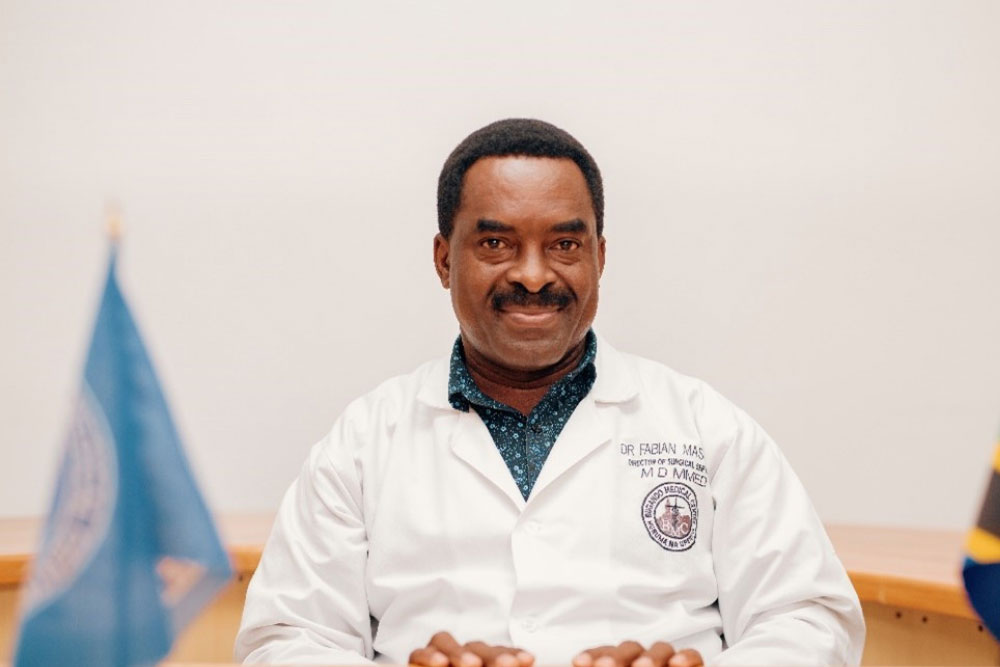 That’s why Smile Train and KidsOR came together with the center’s leaders to undertake a renovation and create a beautiful, welcoming space dedicated to serving not only children with clefts, but all children in need of surgical care.

The new operating room will not only allow surgeons to enhance their skills in caring for children, but also significantly impact the lives of the children we aim to transform through surgery,” says Dr. Esther Njoroge-Muriithi, Senior Vice President of Smile Train’s Global Medical Programs. “Now, children in the Lake Zone with treatable surgical conditions like clefts can receive high-quality, lifesaving care when they need it the most.” 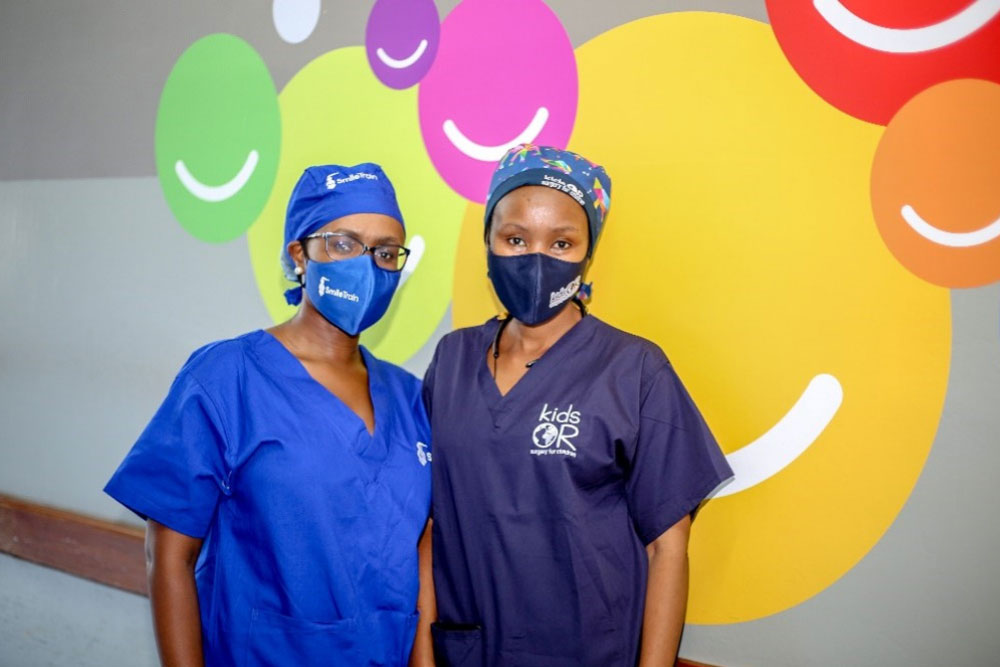 A Partnership to Change the Landscape of Pediatric Surgery in Africa

Working together was a natural fit for Smile Train, the world’s largest cleft lip and palate organization, and KidsOR, a global health charity working to provide every child with access to safe surgery. Like Smile Train, KidsOR believes that the best way to ensure children will always have access to high-quality, safe surgical treatment is by empowering local surgical teams to provide care in their own communities.

“Start-to-finish, the renovation is a long process,” says Rosemary Mugwe, Africa Director for KidsOR. “The equipment and art travels from the KidsOR warehouse in Dundee, Scotland via an ocean freight. Once it arrives at the hospital, an installation team begins to equip the room, receiving remote assistance and on-going training from an expert engineering team.”

Once the equipment is installed, the next stage soon commences. Using special prefabricated designs, the team at the hospital transforms the plain walls of the operating room into a kaleidoscopic zoo, a festival of balloons, an actual smile train, and other imagery that reflects the local environment. 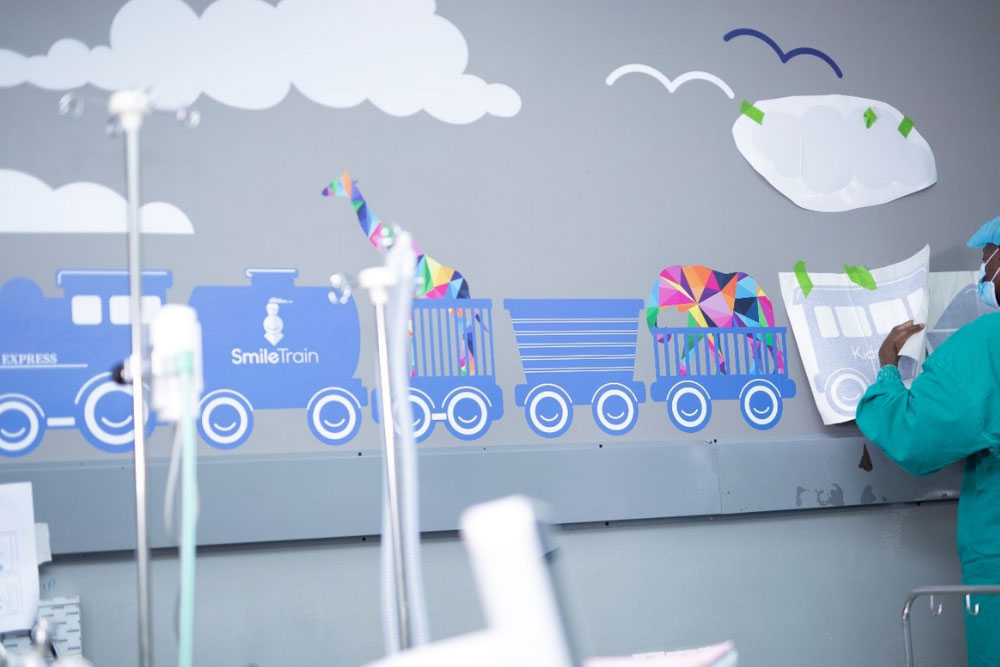 These colorful designs might seem like icing on the cake of a fully equipped operating room, but their purpose is far more than just beautiful visuals. For children and families alike, surgery can be scary, and the bright lights and blank walls that characterize most operating rooms only contribute to the fear and anxiety many feel before surgery. The artwork is meant to welcome the patients and reassure them that the operating room is a space where they will be safe and cared for by the surgical team.

“One of the most important things is for the child to have a calming, nice transition before they fall asleep under anesthesia. In an environment like this, they don’t feel like they’re in a hospital. They’re in a place where they can play,” says Dr. Francis Tegete, a Smile Train partner surgeon at BMC. 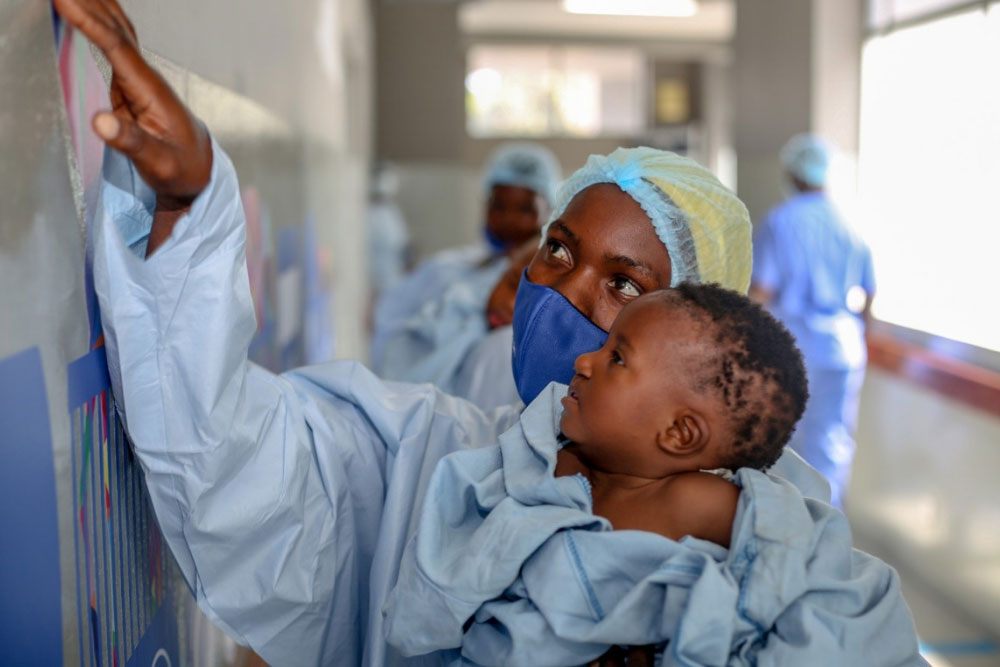 At BMC, the operating room launch was made extra special as officials from the Tanzania Ministry of Health, alongside Smile Train and KidsOR staff members, joined the celebration.

“Being able to prioritize pediatric surgical care empowers our teams to support the next generation. The operating rooms breathe fresh air into the hospital’s surgical department,” says Dr. Massaga.