Treating the Whole Child in Ecuador

Meet the brother-sister duo transforming cleft care in the mountains of Ecuador.

When it came time to choose a medical school, Andrea Astudillo of Cuenca, Ecuador joined her older brother, Cristian Astudillo Carrera, at a teaching hospital in Guadalajara, Mexico. Over the previous two years, Cristian had studied under a famed surgeon who was passionate about providing cleft surgeries to local children and who passed his enthusiasm to his student Cristian, who told his sister about each transformation.

Cristian went back to Cuenca and performed cleft surgeries for patients who were able to pay at the hospital where he worked, but most of the area’s cleft surgeries were done by doctors on mission trips from overseas. Cristian said, “It was frustrating knowing that I would be able to give better care and would be around for follow-up treatment. Surgery is just the beginning — we wanted to provide long-term comprehensive care.”

Two years later, Andrea came back to Cuenca with a specialty degree in otolaryngology (ear, nose, and throat, or ENT), and her brother approached her with the idea that they should team up and start their own cleft foundation. With little coaxing, she was in. The two filled out foundation paperwork and applied to become a Smile Train partner. 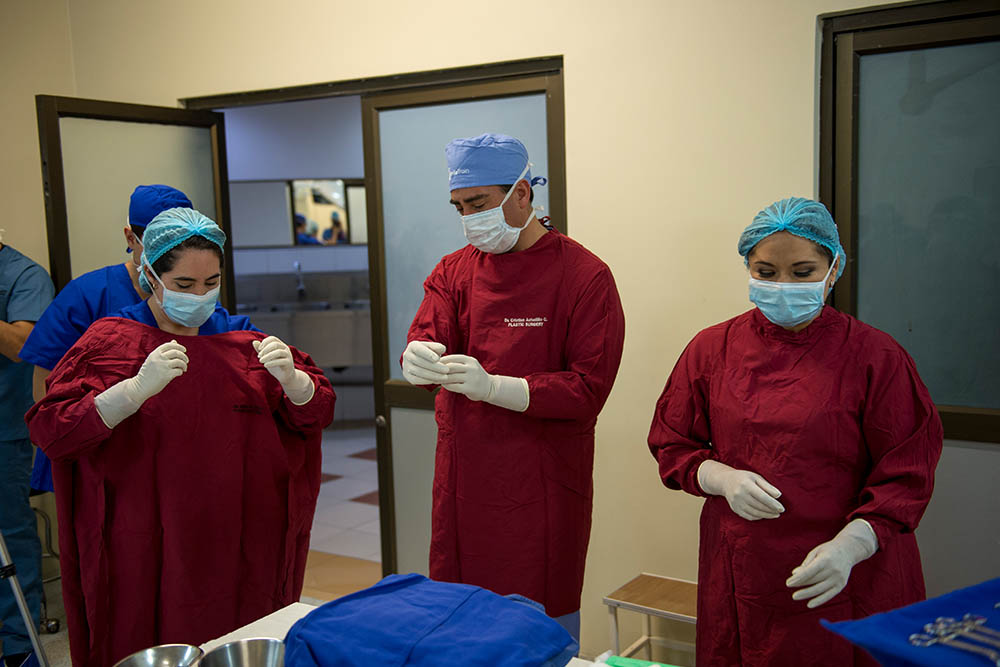 Andrea started consulting with her brother’s surgical patients, and her ENT knowledge improved outcomes. She shared, “The ears, nose, and mouth are all connected, and cleft affects them all. For example, a child needs to hear properly for speech to develop correctly, so children who receive therapy for their ears need less intensive speech therapy.” 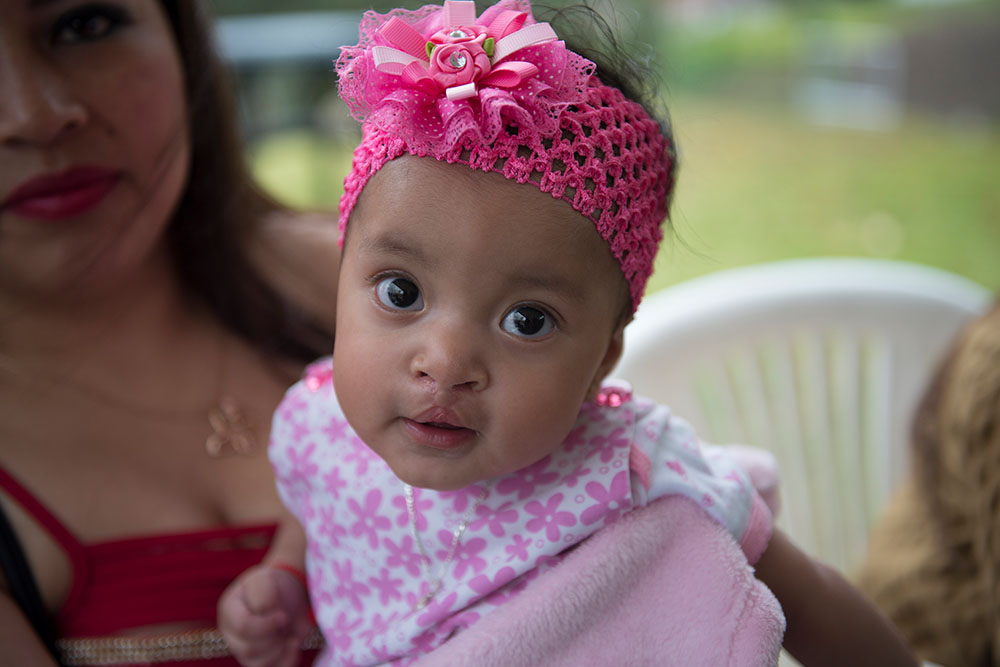 The nose and the ability to breathe is another of Andrea’s specialties. She sees cleft palate cases in which the tongue has a tendency to fall back into the mouth and block the airway, and, with smaller jaw bones, that makes breathing difficult. “I make sure that the maxillofacial surgery is done at the right time and in the right way. If it’s done too soon, it affects the development of the facial features and will affect the children in a negative way, aesthetically and physiologically.” 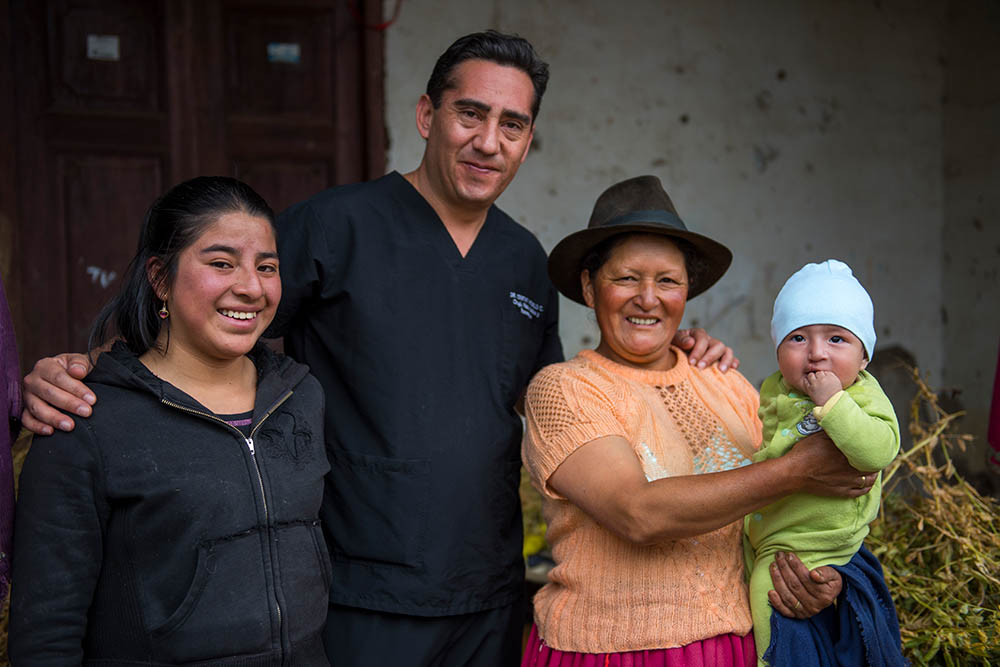 As Andrea assisted more and more families around Cuenca, the experience opened her eyes to the conditions around her. “One of our patients is orphaned and being raised by his 16-year-old sister in a house with no running water. Another is being bullied at school. One of our moms is going to school and works, yet never misses an appointment for her child. People like this motivate us to continue with this work,” she said. 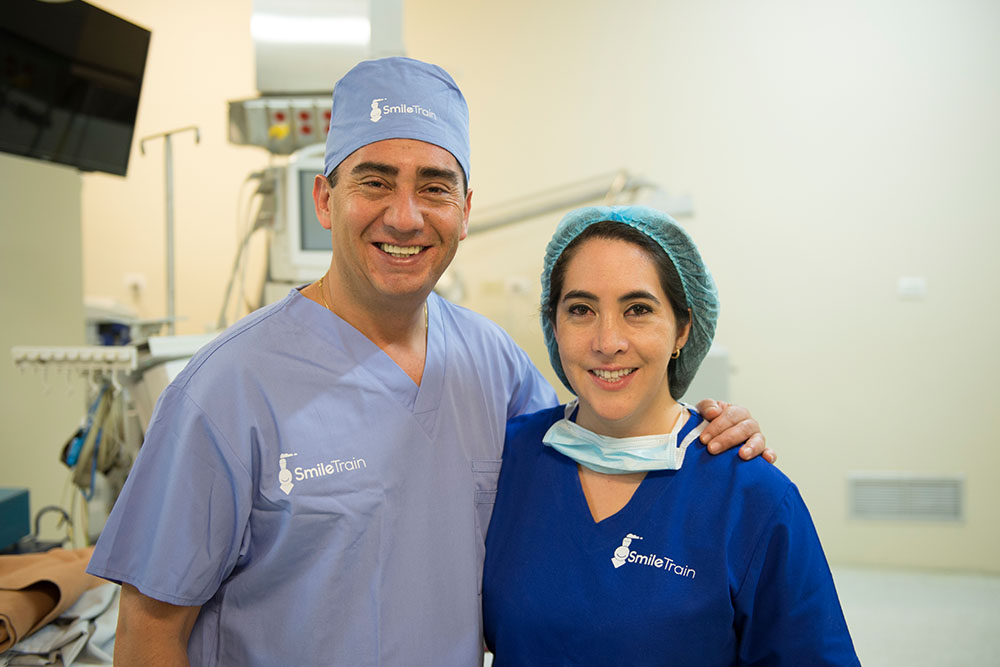 The process to become an official foundation in Ecuador took over a year, but, amazingly, the team had already performed more than 60 cleft surgeries through local fundraising efforts and favors from friends. Now that they are official Smile Train partners, they can treat everyone in need and are starting a speech therapy program. Their shared dream is to open a center where patients can receive cleft care all in one place, rather than in offices around Cuenca.

Andrea says of her brother’s work, “My brother was born a surgeon. He finds solutions no one has ever thought of before.” And Cristian follows with, “We complement each other so well. Whether we are planning a local fundraising event or are in the surgical theater, there isn’t another person I’d rather have working beside me.”

Help Andrea, Cristian, and dedicated local Smile Train partners like them around the world provide forever smiles to children in need.